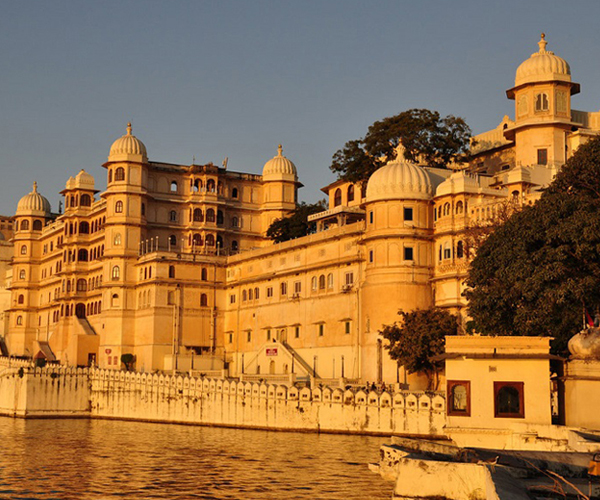 City Palace, Udaipur, is a palace complex in Udaipur, Rajasthan. The city Palace was built concurrently with establishment of the Udaipur city by Maharana Udai Singh, in 1553 and his successor Maharanas over a period of the next 300 years. City Palace boasts of the wonderful blend of Medieval, European and Chinese Architecture.

The Palace has various towers, domes and arches, which add to the flavor of heritage site. The building is a unique depiction of the architectural and artistic evolution of Mewar through centuries. The City Palace has always been a self-sufficient developing centre within itself and shall continue to grow into an ideal prototype of a living palace complex. Call us on +91-9829998515

Taj Lake Palace in Udaipur, is the most romantic hotel in the world. It was built in 1746 as the pleasure palace of Maharana Jagat Singh II. Lake Palace (formerly known as Jag Niwas) is a luxury hotel, which has 83 rooms and suites featuring white marble walls.

Originally, the Palace was named as Jag Niwas after the name of the Maharana. In the present times, it is popular by the name of Lake Palace. Jag Niwas was conceived in the mind to offer a summer resort to the royalty of Udaipur. 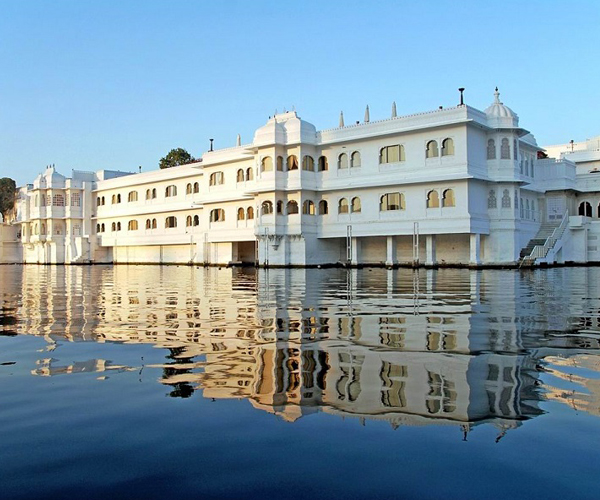 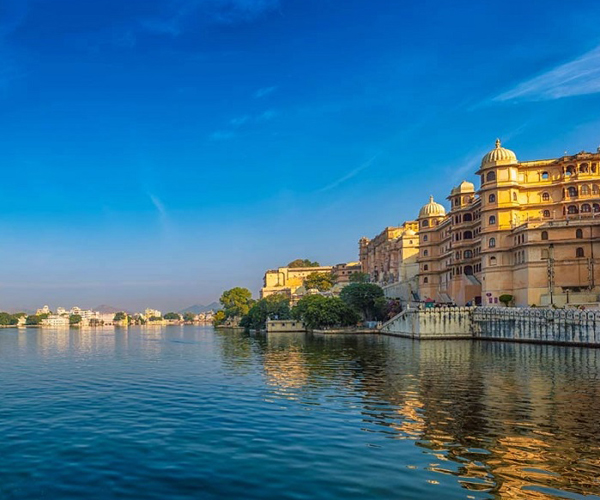 Lake Pichola in Udaipur is an artificial lake was developed in 1362 AD. Pichola lake was dug out by a Banjara during the reign of Maharana Lakha.Wide lake surrounded by low hills, palaces, temples, bathing ghats and embankments is a picturesque lake.

Pretty as lake Pichola is, it is also home to four islands which consist of palaces and monuments constructed by the Mewar dynasty in Udaipur. Lake Pichola is lifeline of Udaipur city and city lives on its banks.

Gulab Bagh (Sajjan Niwas Garden) is the largest garden in Udaipur, Rajasthan, India. Gulab Bagh is an old Sub-City Level Park, having lush green campus and several places of attraction including ponds, library, zoological park, temples and several government offices. The garden covers an area of about 100 acres and has a large variety of well maintained roses.

Named after the gulab (roses) that grow here, Gulab Bagh is located on the banks of the famous Pichola Lake. During 1850's, Maharana Sajjan Singh took the initiative to built this beautiful garden. The main attraction of Gulab Bagh are the roses in the garden. There are several varieties of roses found here including some from foreign lands. 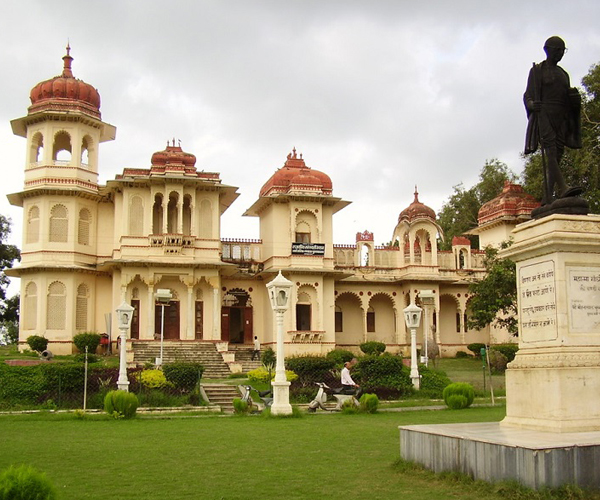 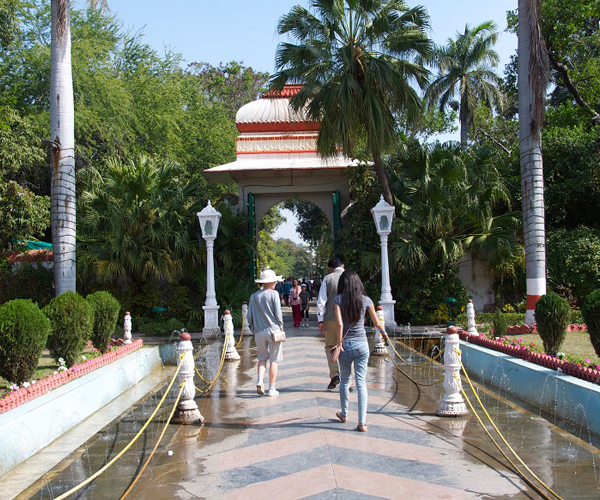 Saheliyon-ki-Bari (Courtyard of the Maidens) is a major garden and a popular tourist space in Udaipur. Saheliyon Ki Bari is one of the most beautiful gardens and a major tourist destination in Udaipur. The garden is famous for its lush green lawns, marble art and fountains. English translation of Saheliyon Ki Bari means "Garden of maids".

This renowned garden is located on the banks of Fateh Sagar Lake, presenting a green retreat in the dry lands of Rajasthan. Garden of maids was built from 1710 to 1734 by Maharana Sangram Singh for the royal ladies. The main attraction of the garden fountains, which are imported from England. Beak birds get water from the fountains are made. Fountains made of black stone way around. In the garden is a small museum which exhibits a huge collection of goods to the royal family.

Fateh Sagar Lake is situated in the city of Udaipur in the Indian state of Rajasthan. It is an artificial lake named after Maharana Fateh Singh of Udaipur and Mewar ,constructed to the north-west of Udaipur, located to the north of Lake Pichola in the 1680s.

A beautiful lake, overlooked by a number of hills on the three sides and the Pratap Memorial on the north was built by Maharana Fateh Singh. 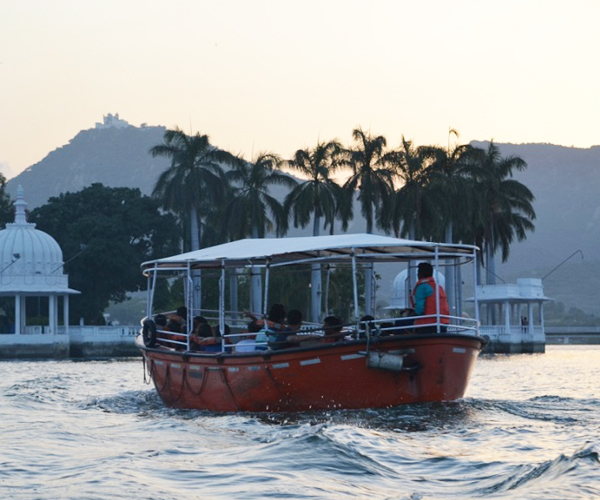 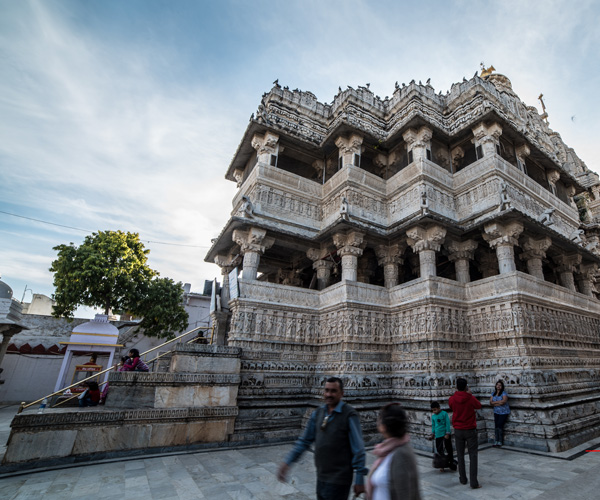 Jagdish Temple is a large Hindu temple in the middle of Udaipur in Rajasthan. Jagdishji, is a major monument and should be seen carefully. A big tourist attraction, the temple was originally called the temple of Jagannath Rai but is now called Jagdish-ji.

Located 150m north of the palace in Indo-Aryan architectural style, the temple is dedicated to Lord Vishnu.It was built by Maharana Jagat Singh Ist in 1651 A.D. It is a good example of Indo - Aryan architecture. This temple should be visited not only to offer your devotion but also to witness beautiful wall carvings, elephant sculptures and for the stunning architecture.

Situated just outside Udaipur, this 19th century palace is built on top of Bansdara Mountain. Used as a monsoon palace and hunting lodge, its builder, Maharana Sajjan Singh, originally planned to make it an astronomical centre.

The plan was cancelled with Maharana Sajjan Singh's premature death. It is still an awe-inspiring sight on the Udaipur skyline and offers spectacular views of the city and the areas around. 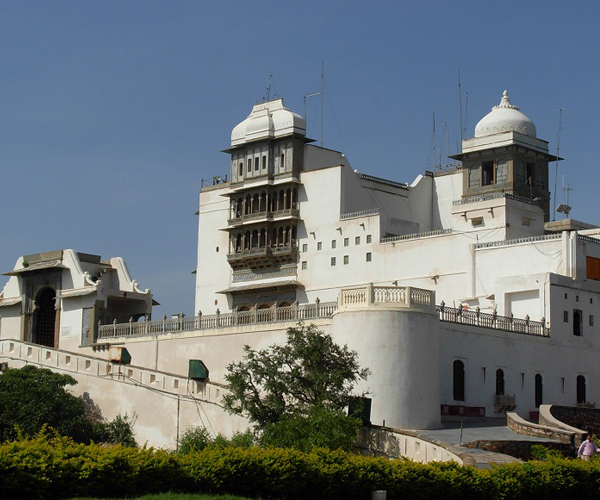 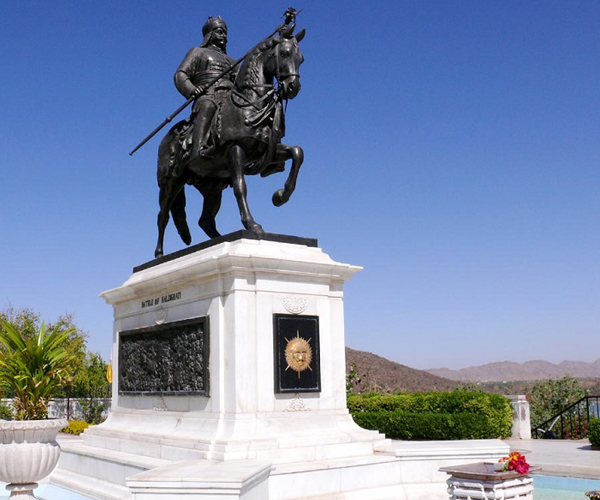 Moti Magri overlooks the Fateh Sagar Lake in the city of Udaipur, Rajasthan. Atop the Moti Magri or Pearl Hill is the memorial of the Rajput hero Maharana Pratap, which has a bronze statue of the Maharana astride his favourite horse "Chetak".

If you are planning a vacation in Udaipur, then you must go visit Moti Magri. It is an intrinsic part of the socio-cultural landscape and hence, offers an insightful peek into life, as it exists in Udaipur .

Bhartiya Lok Kala Museum is one of the most famous museums of Udaipur, exhibiting the brilliant collection of folk articles of Rajasthan from typical rural-dresses, ornaments, puppets, masks, dolls, folk musical instruments, folk deities and paintings. The museum is comfortably located in the building of Bhartiya Lok Kala Mandal near Chetak Circle in Udaipur city. 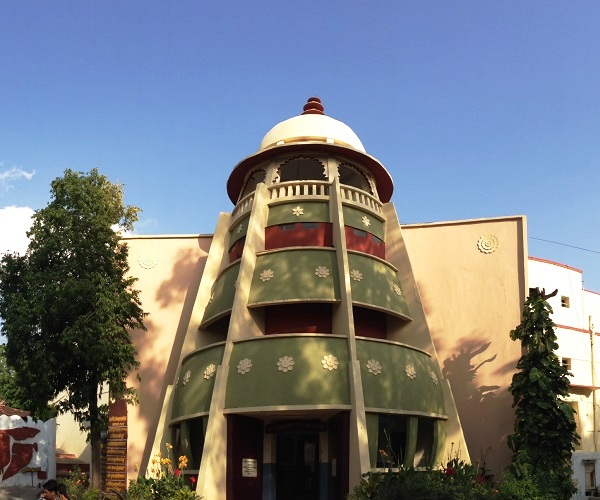 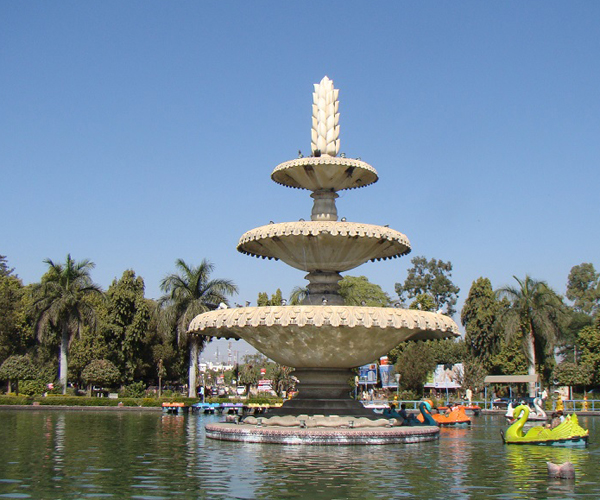 Sukhadia Circle (Square) is a popular recreational centre in Udaipur in Indian state of Rajasthan. Sukhadia Circle, Also Called The Heart Of Pachwati, Is An Splendid Turn Around Panchwati, Located In The North Of The Udaipur City. This is a local landmark featuring a three-tiered, 70 foot high waterfall, built in the middle of a roundabout.
error: Content is protected !!
Open chat